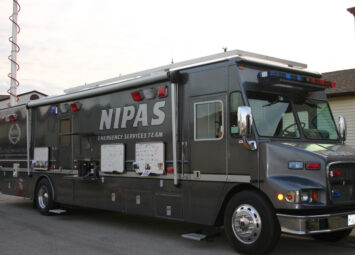 The Berwyn Police Department is a NIPAS agency.

The Northern Illinois Police Alarm System (NIPAS) represents a joint venture of suburban municipal police departments in the Chicago metropolitan area. Fifteen police agencies created NIPAS in 1983 to ensure effective police mutual aid in times of natural disasters. From these humble beginnings, the system has grown to include law enforcement agencies of over 100 cities, villages, and towns in five counties.

A governing board consisting entirely of police chiefs directs NIPAS and approves its annual budget, which serves as the basis for all NIPAS expenditures. Member agencies pay a set annual fee to participate, thus providing both the staff and the finances needed to manage the system.

Whether faced with a natural disaster of the unexpected results of a special event, a member agency may request assistance for any situation its command staff believes the agency cannot handle with its own resources. The requesting agency’s incident commander contacts the system’s dispatching center, Northwest Central Dispatch System, and identifies the level of response needed. There are ten levels, each one calling for an additional five officers to respond according to a pre-determined alarm plan. Thus, Level 1 requires five officers to respond; Level 10 requires fifty.

The dispatch center quickly sends the appropriate number of fully equipped officers to a pre-selected mobilization point within the requesting agency’s jurisdiction. The incident commander also deploys a personnel officer, who records each officer’s arrival and assigns each one as required.

NIPAS member agencies have the option of participating in two additional NIPAS programs… a special tactical squad know as the Emergency Services Team and a special crowd control team known as the Mobile Field Force.